Today we visited the Bodie State Historic Park.  (This was started just before Barb decided to test the theory of gravity hence the delay in posting!)

It is a ghost town (in arrested decay) in the middle of nowhere!  The 13 mile road from the 395 is now paved for about 10 miles.  We were very surprised to see this improvement.  The last time we visited, about 1 mile was paved and we ended up with a flat tire along the 12 miles of dirt road!

Our flat tire changing site and view of local mountains!

Cost is $8 per person.  Allow about 2 hours to wander the premises and visit the museum.  Guided tours are also available.

All quotes are from the guide book.  Pictures were taken by us June 2017.

McDonell/Dolan House “Donald and son Frank McDonell are listed a miners on the 1920 census.  Donald’s wife, Mary, was one of Bodie’s postmistresses.  Schoolteacher Alice Dolan, daughter of Sheriff James Dolan, lived here briefly from 1935 to 1937.  Her father was killed in a shootout near Mono Lake in 1915.”

Methodist Church was built in 1882 and is the only church still standing in Bodie. 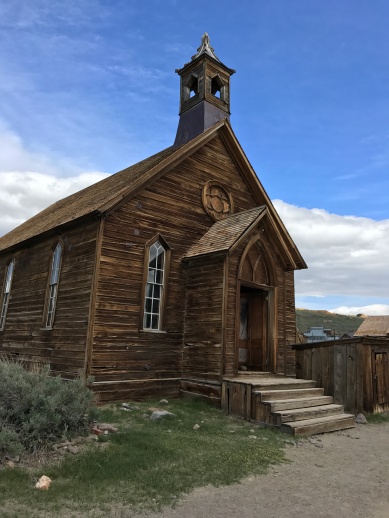 D.V. Cain House  “Built in 1873, this was the home to David Victor Cain, son of James S. Cain.”  This house is being used by the park as a residence. 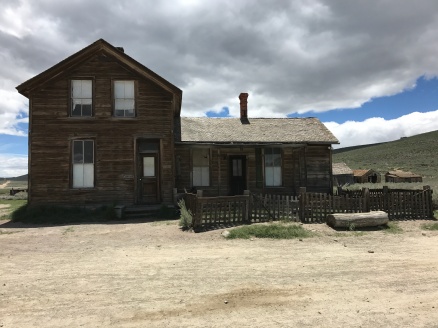 Miller House – This house you can enter.  There are several pictures on the far wall showing Bodie over the years.

James Stuart Cain House – Father of C.V. Cain from above.  “James S. Cain arrived in Bodie at age 25 in 1879.  He had just married Martha Delilah Wells of Genoa, Nevada. … In 1915, he acquired he Standard Company mining properties through court action and soon became the principal property owner in town.”

Morgue/Mortuary – one of 2 left in the town.  Caskets still inside.

Guess we didn’t take a picture.

I.O.O.F Hall – “The Independent Order of Odd Fellows Lodge No. 279 was one of Bodie’s many fraternal societies.”

Swasey/Swazey Hotel – Not sure we would want to venture into this one!

Boone Store and Warehouse – “…one of several general stores in town.  It was owned by Harvey Boone, a distant cousin of Daniel Boone, and partner James W. Wright.”

Lottie and Eli Johl House – “Lottie married Eli Johl in Nevada before moving to Bodie in 1883.  The couple’s successful mining investments allowed them to purchase houses and several saloons.  Lottie took up painting in Bodie; one of her paintings hangs int he Miners’ Union Hall (museum).”

Creek through town with mine in background near above store. 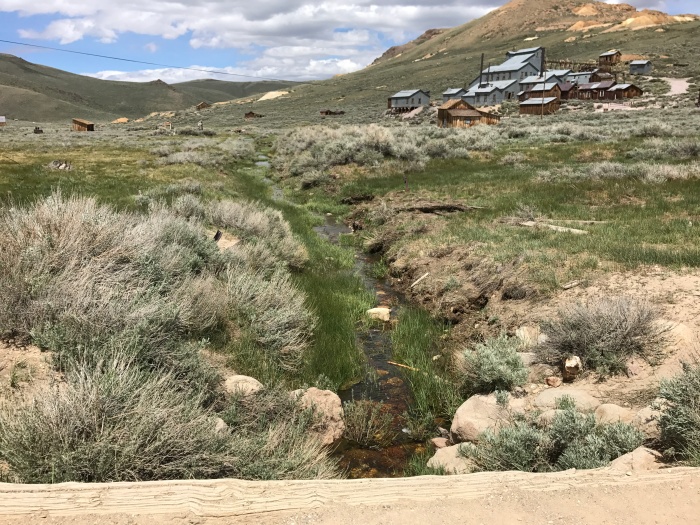 Schoolhouse – “In 1879-1880, the school saw its highest enrollment of 615 students.”  I’m not sure how they all fit!  I’m never going to complain about the state of the desks in my classroom again!

Gregory House – Home of Nathan and Catherine Gregory.  They were one of Bodie’s last residents.  Their home, as well as others in the park, serve as residence for park employees. 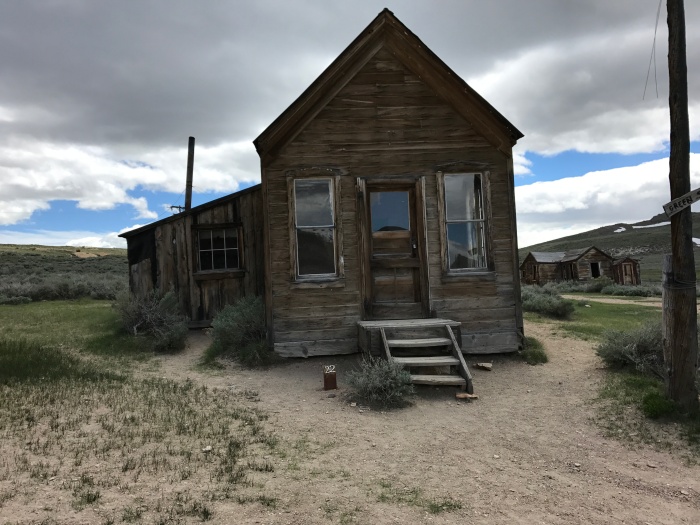 Bank (remains) – all that remains is the vault after the 1932 fire. 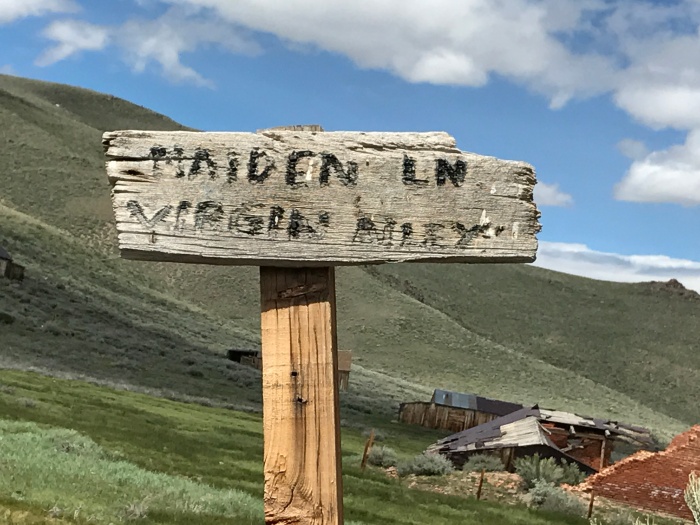