I can’t believe another year has passed!

This is the time of year people reflect on their previous year and make plans/goals for the upcoming year.

So how did we do with last year’s goals?  Depends on how you look at it! 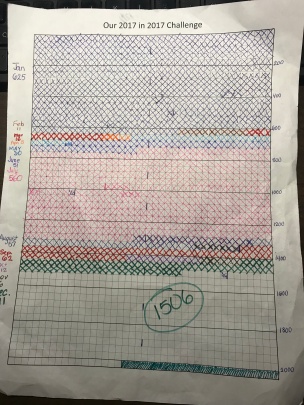 More stuff gone in December (empty turbotax case and phone book we never use among the gems!) 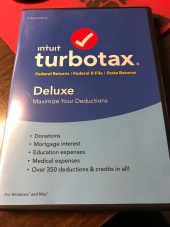 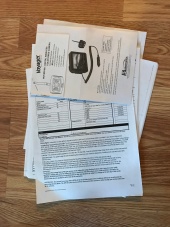 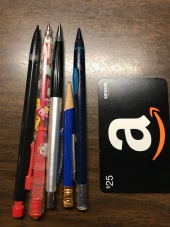 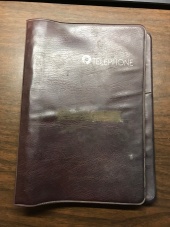 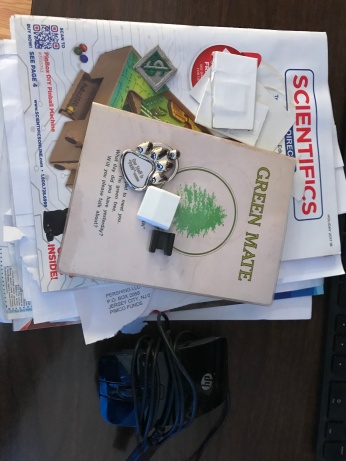 √+  We wanted to have a No Spend Month.  Well we did it last February!  Surprisingly (or maybe not) we have been more aware of purchases than we were even before this experiment.   We are contemplating another one this month but with our first granddaughter due any day, I’m not willing to do no spending just yet.  We will have travel expenses to see her (I suppose we could eliminate this from the “rules” but then there will be meals out, etc to contend with.)

√-  Next, we wanted to thoroughly go through the garage.  Most of our big decluttering in January and July were due to decluttering the garage.  Not quite as much as we would like but it looks better than before Jan 2017.

X  The last big goal was to clear out enough of the garage to put a car in it and purchase a new garage door and opener.  Well, the car still parks every night in the driveway.  The big item that seems to be holding this up is the full-size Air Hockey Table.  We just need to suck it up and figure out a way to sell/give it away.  The facebook for sale and craigslist for our area has a lot of these and they aren’t moving even if the price is $0.  Not sure how we will deal with this – maybe we need to start having our air hockey championships again!  Granted, it was a lot fun when the kids and their friends were involved – just us, not sure.

On the personal goals:
√ √ 0 X  Barb is drinking more water!  She is “officially” a descendant of the Mayflower;  she didn’t gain any weight (and only lost about 5 pounds for the year); and the picture boxes are untouched.
√+ 0 X  John is tracking his blood sugar every day (like he was supposed to do all along!) and has found that alcohol affects it (he needed to see the results himself!)  He didn’t gain any weight (also only lost about 5 pounds for the year);  and we can’t park in the garage (see above).

While we both had some successes and some “failures”, we are quite happy with how our year turned out.  We are less stressed about STUFF and other things in general, eating healthy meals at home more often than before, and enjoying doing other things that we wouldn’t have before.  Guess we need to start writing about those things too!